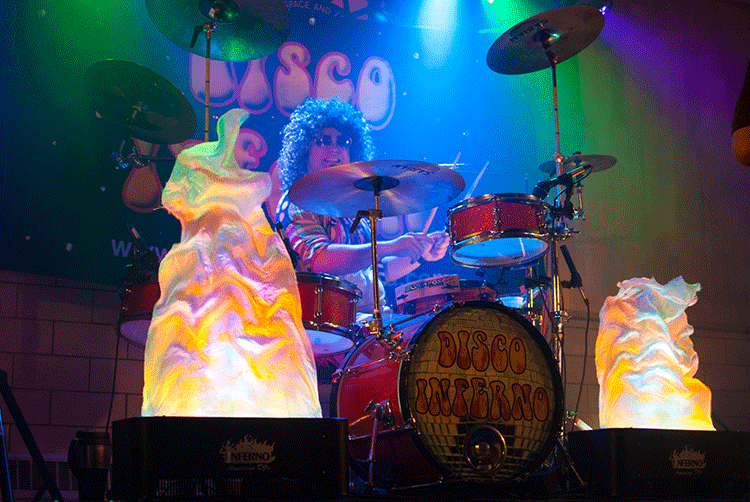 On Saturday, April 27th 2013, we had the groovy opportunity to entertain the crowd that assembled at UAW Local 1005 in Parma for a night out at the disco with Cleveland’s own Disco Inferno! Everyone in attendance was movin and groovin all night along and had some pretty cool 70’s style outfits to show off as well. We also entertained the crowd in between sets, keeping everyone’s feet warmed up and ready to go. Much to our surprise, we were asked to stay another hour even after the band was done because so many people didn’t want to leave! Talk about one fun night out in Parma!